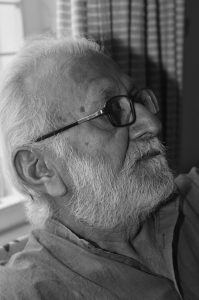 Swami Satyamuni is a retired publisher who once owned a publishing company and still today compiles themed literature for special occasions. He’s a lover of nature, the written word and all forms of art. He’s also a man that believes in simplicity and follows Gandhi’s philosophy of minimalism, wanting only what he needs and is living a very happy satisfied life. 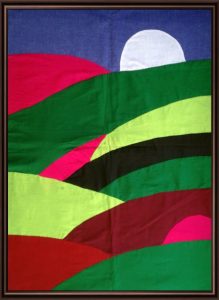 He’s not someone who likes to sit idle for long and even though retired for the last 15 years he is actively putting his passions into action. What started as a hobby for him has now become a full time creative process.

The idea came about from a quilt his Grandmother made as a wedding present to his Mother. Village women have always used the remnants and left overs of the local tailor to make patchwork  bed covers, sheets, quilts and cushion covers. When becoming involved with his villages local khadi 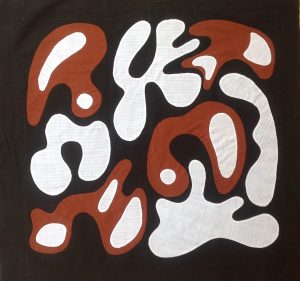 organisation in 1970 he decided to use their left over pieces to make decorative art teaching the local village women the fine hand stitching used for such pieces and creating skilled employment for these otherwise uneducated folk. 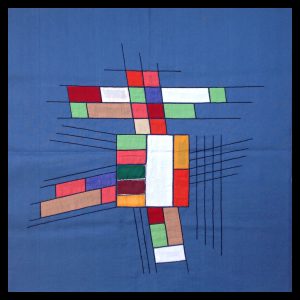 In 1972 he had his first exhibition in Mumbai where he sold quite a few of his art appliqué work, some of them to Europeans he tells u s, which encouraged him to continue in his creativity even though only part time . The same year he became a father and other responsibilities were his priority. Throughout his working life this seed of art continued to grow and only since his retirement has he been able to express it fully in his art work. Some are extremely intricate, some simple, all of them are unique.

We at ‘be natural’ are very proud to be working with a man of such integrity. He still believes in giving some of the stitching to the local women to do so they may also earn a dignified living.